From a young age, Aaron B. has been a difference-maker, characterized by his drive & work ethic.

He began working at the young age of 13 doing part-time landscaping work with his family. From the ages of 15-18, he went on to help manage a Dunkin’ Donuts and Pizza Hut location.

When he joined the Splash Family at the age of 18, he came onboard as a SWAT Team Member, detailing cars. From the first interview, it was clear that Aaron would be someone who would play a big role in our company’s growth.

If you talk to him, he’ll humbly tell you that he has always tried to work hard in an aim to develop a career. Early in his career with Splash, he often asked for ways in which he could grow and expand his influence.

As with any new Team Member, we like to see those qualities demonstrated over time before granting a leadership role.

But, as time went on, Aaron remained driven & focused. He was moved from SWAT Team to Service Guru and then to a Lube Technician position because of the value he created in each role. We knew we had an opportunity to pour into Aaron through cross-training and other development.

Then, the opportunity knocked.

We needed to fill an Assistant Manager position at our Conway store. After reviewing our Team, it was clear that Aaron possessed the knowledge, but more importantly, our core values.

From that first step into a Management position until now, Aaron has always been willing to do whatever was needed or asked of him. He’s transferred to several locations as he took promotions and is now one of our General Managers.

He is responsible for leading an entire store towards providing great experiences for our guests and fostering a healthy culture for his Team.

Everytime opportunity has knocked, Aaron has answered. We’re committed to investing in our people personally and professionally to help them achieve their goals.

Aaron is just one example of many. 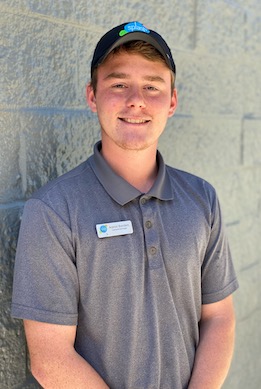 We’re a part of the neighborhood.

About Us
Our Team
Kids’ Corner
In The News